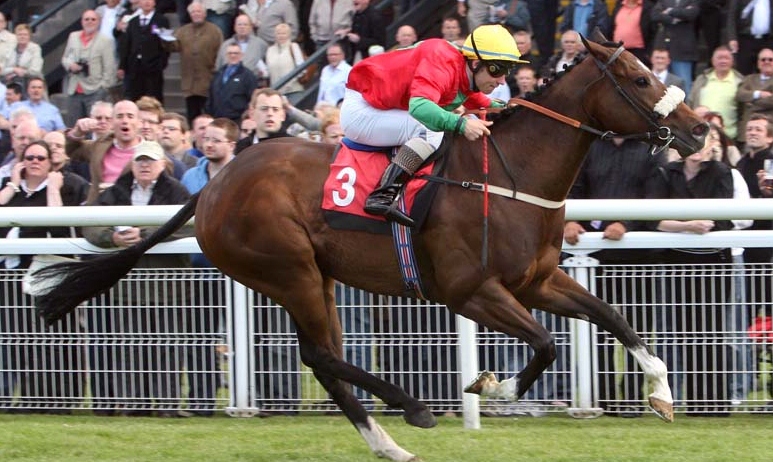 Below is a snapshot of some of our horses in training and a little about them and their lives to date. As they do when you visit the stable, they have a little to say as well. It’s a rare insight in to stable and racing life. We hope you enjoy it.

Had one race in 2012 at 2 and showed real pace. He is a 3yr old son of Auction House, owned by Hindford Oak Racing.  He was suffering from shin splints and was rested after his first race until this could be cured. Back in training and looking to race in May/June.

This 3yr old son of Kheleyf suffered a small fracture as a 2 yr old whilst in training and needed 6 months to recover. He is a powerfully built horse with a lot of attitude. He looks like a 6f/7f animal at the moment and is impressing us with his work.

His sire had a great year in 2012 and we are hopeful he will add to that reputation.

We will look to run him in a 3yr old maiden in May/June with view to finding out more about him as we race him.

Rated 73 now and very quick over 5f. Won four of his last 12 races all over 5f. Hasn’t raced since July 2011 when an injury forced a long break from the track. Now recovered and is impressing us with his natural ability.

For a 7yr old he is lightly raced with only 29 runs to his name and we are really keen to get him back on good ground and see if he can push that mark in to 80’s. He will obviously need a run or two to get sharp again but there is no doubting his ability

This daughter of Amadeus Wolf was bought at the Doncaster sales as an early filly and she is progressing well. Her first run was very green and she was beaten on firm ground at Redcar and came back with sore shins. Her next run at Chepstow was a good 4th on ground again quicker than ideal and then she had a day out for owners at Chester, coming back sore again. She will run again soon after a small break and will be well handicapped for nurseries.

This 2yr old son of Cockney Rebel is owned by our Head Lass, Hazel. We have had one of his progeny before and they show very similar traits. He is all speed at the moment and getting very close to running.

He has a very likeable attitude to his work and has had no problems in training. He will start in late May/early June and looks one that will continue to improve in each run.

She is a 2yr old daughter of Three Valleys and was bought at the same sale as Countess Lupus. She has been a real star in her training. Her first run at Warwick was a real shock to her system as she is very laid back and she really only got the hang of racing in the last 2 furlongs where she was going as fast as the winner at the end of the race but was 15 lengths behind. She will improve dramatically for that run and again we expect her to show her best in Nurseries.